Q: How many basic tastes are there?

There is sweetness, bitterness, sourness and saltiness… If your answer was “four”, you will learn a new word today – “Umami”.

Umami was recognized as the scientific term to describe the fifth taste in 1985 at the first Umami International Symposium in Hawaii.

“Umami” means “delicious taste” in Japanese, and it was named by a Japanese chemistry professor, Kikunae Ikeda, in early 1900’s. He could not ignore the savory sensation in his soup that could not fit into any of the four basic tastes. So he called it “Umami”.

In the late 1800s, European culinarians knew there was “something else” that tastes so good. The “something” in broth was widely used because it was necessary to create delicious dishes, not knowing the scientific reason. For the same reason in Japan, a traditional broth called “dashi” made from seaweed was widely used for Japanese cuisine.

Ikeda noticed that the taste of dashi was distinct from sweet, sour, bitter and salty. He studied on it at his lab at Tokyo University. He and his disciple succeeded in extracting glutamate from seaweed and discovered that glutamate (or glutamic acid) was the main active ingredient in seaweed.

So now we know Umami (glutamic acid) is the fifth taste and holds the key to the deliciousness that our taste buds can sense. Umami is in many foods that we eat daily, most notably in fermented and aged products like soy sauce and cheeses, fish, shellfish, cured meats, vegetables, mushrooms, ripe tomatoes, Chinese cabbage, spinach, green tea, etc.

“Those who pay careful attention to their taste buds will discover in the complex flavor of asparagus, tomatoes, cheese and meat, a common and yet absolutely singular taste which cannot be called sweet, or sour, or salty, or bitter…” he wrote in his journal.

Umami has a lasting after-taste. It is an almost soft furry sensation like the texture of a thick airy cream spreading on the tongue, the throat and the back of the mouth.
When you say “Mmm”, it is when your taste buds are sensing all the complex weave of savory sensations – chemical reaction in your mouth. Does green tea make you say “Mmm”? Now you know why. 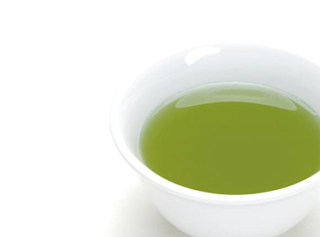 Try our green tea that is rich in umami. Click the tea.

If you want to learn more about Umami, please visit the Umami Information Center. http://www.umamiinfo.com/