For those who are excitedly waiting for Shincha, we want to show you some pictures of our tea field at present. Shizuoka is experiencing cold spring weather and it looks like the shoots don’t want to come out of bed yet.
They are slowly but steadily growing, and we are very looking forward to seeing the beautiful vibrant green color running across the field soon. 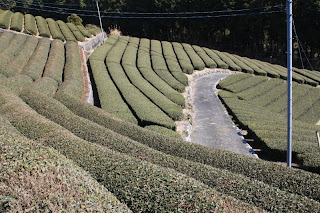 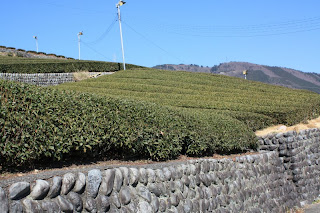 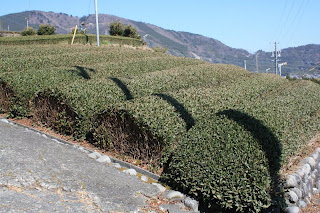 Due to the current situation in Japan, you might be concerned about safety of green tea. In order to deepen your understanding and keep yourself with updates, we would like to suggest you to go to the website of FDA and IAEA.
FDA http://www.fda.gov/default.htm
IAEA http://www.iaea.org/

The Japanese authorities have taken the necessary measures to ensure that food testing above their established acceptable levels of radio-activity is neither sold to the Japanese public nor exported.

Green tea from Shizuoka prefecture or Japanese green tea in general is safe since most of it is produced in the south part of Japan. Green tea producers like us have not received any restrictions from the government. Business has been running just as usual.

In the states, FDA is closely monitoring the situation in Japan and is working with the Japanese government and other U.S. agencies to continue to ensure that imported food remains safe. Based on current information, there is no risk to the U.S. food supply.

FDA already has a very vigilant screening process for imports and has staff in place at the ports to monitor incoming products. FDA does not have concerns with the safety of imported food products that have already reached the U.S. and that are in distribution.

In Europe, although there is no evidence of risk for the consumer by increased radiation levels in food and feed products imported from Japan, the European Union has decided to reinforce controls on imports of food and feed from certain region of Japan. The measure applies to 12 prefectures of Japan, including the four most affected by the accident. All products from these prefectures have to be tested before leaving Japan and will be subject to random testing in the EU.
Those prefectures are Fukushima, Gunma, Ibaraki, Tochigi, Miyagi, Yamagata, Niigata, Nagano, Yamanashi, Saitama, Tokyo and Chiba.